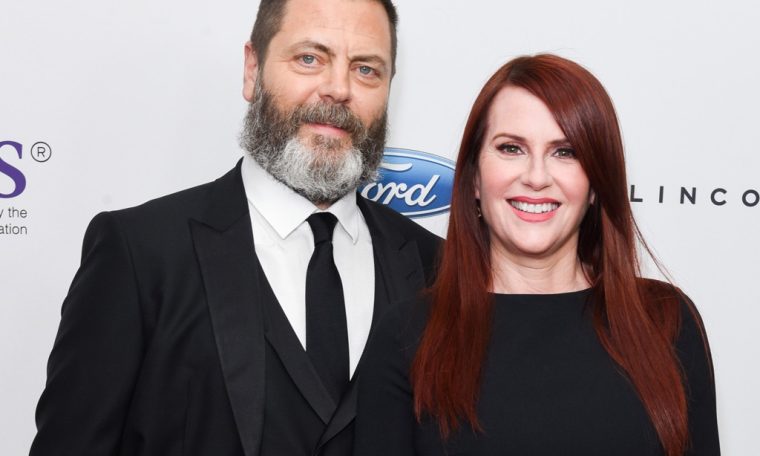 As he remembered those early days to New York magazine, “When I met Megan, we were both very staunchly single. But becoming friends with somebody backstage at a play is one of the greatest friendships ever: It’s like making each other laugh in church. But Megan made me work for it.”

He called up to ask her to go watch a country band with him, but he left the message on her fax line, so she didn’t get it for a week, leaving him to think—while they were rehearsing the play—that she was giving him the brush-off.

“Yeah, but we were getting to know each other and flirting,” Mullally told New York.

“Every day I would go home to my best friend,” Offerman told GQ in 2017, “and say, ‘I can’t believe the filthy things this woman said to me today. She talks like us, but she’s gorgeous!’” They wouldn’t elaborate, but Mullally noted, “I hadn’t had real experience with his balls at that point—I was merely speculating.”

The big move was finally made, Mullally told New York, when, “Shortly before opening night, we went out to dinner and he held my hand and I had butterflies, and I thought, Oh! A couple of nights later, we kissed. After the previews, we made out. We saw a lot of coyotes at that time, so we took it as some kind of magical symbol.”

Now we know what she meant, but Offerman offered Swansonesquely at the time, “We were in tune with Gaia; the forces of lust and nature were flowing strong in us.”