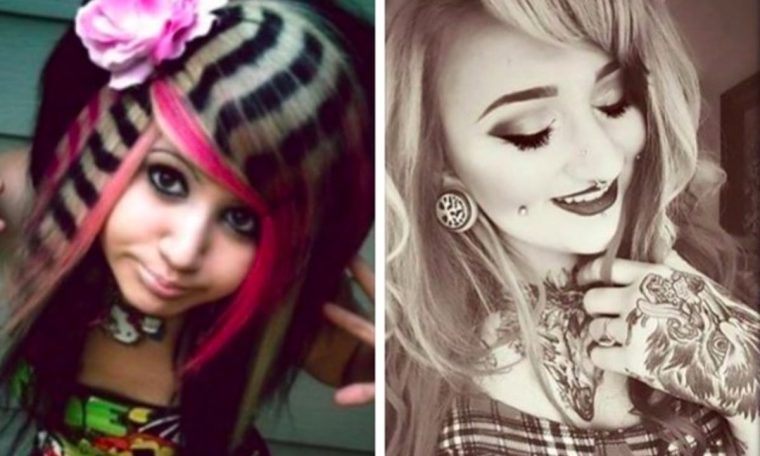 Whether you want to admit it or not, everyone had a favorite. They were like our neon-laced, rawr-ing Patronuses. Some were bubbly, and others were edgy as all hell. Ultimately, the only thing they all really had in common was a scene aesthetic and a social media presence.

So by now, you’re probably wondering, “Which 2000s scene queen was I?” Take the personality quiz below to find out!

Even if you weren’t familiar with Jac Vanek by name, we have no doubt that you’d recognize her face. Among the more iconic of the scene queens, her image circulated everywhere in the mid-to-late 2000s.

Unlike other queens of the time such as Audrey Kitching and Hanna Beth Merjos, Vanek was never a professional model. In fact, her involvement in the scene actually started on the other side of the camera. Once a band photographer, she gained fame over LiveJournal as fans took an interest in her music industry involvement.

Read more: 10 experimental scene albums that you and your friends still can’t agree on

Blogging would hardly be her sole claim to fame, though. Vanek actually branded herself as a fashion icon with rubber bracelets that she sold at Warped Tour (yes, you read that right. The 2000s were their own time, OK?). The statement accessories quickly became staples of alternative fashion, serving as easy identifiers for “scene kids.”

Though the effort may have seemed trivial, it actually launched Vanek into a lifelong career. Her Warped Tour booth has since evolved into a full-on fashion brand that puts out clothes, home decor and more.

Read more: 10 long scene songs that were worth the extra storage space on your iPod

The (totally badass) entrepreneur also hosts a podcast, LadyGang, alongside Keltie Knight and Becca Tobin. The award-winning show delves into topics pertaining to womanhood from a comedic angle, seeking to empower modern ladies. It also features Hollywood icons for inside looks into celebrity life and culture.

Who’s your 2000s scene queen personality match? Let us know in the comments below!