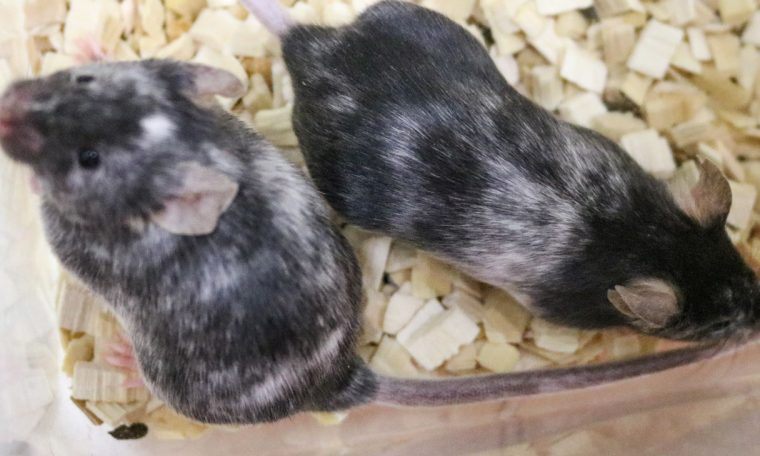 In some farmers’ ideal world, cows would birth only females, sows would bear no boars, and chicks would all grow up to be hens. Such sex ratios would stop them from killing millions of male animals, which don’t produce eggs or milk.

Now, scientists are a step closer to this reality. Researchers have harnessed the gene editor CRISPR to produce litters of mice all of one sex. That’s a potential boon to agriculture and may offer a more immediate advantage in scientific research. “The paper shows a state-of-the-art solution to producing single-sex species,” with “impressive results,” says Ehud Qimron, a CRISPR expert at Tel Aviv University who was not involved with the work.

The impact for lab animals may be huge. “In the past 5 years around 25,000 papers were published using mice in sex-specific research studies,” says study co-author James Turner, a molecular geneticist at the Francis Crick Institute. “If we could prevent the generation of the unstudied sex, the number [saved] would be in the hundreds of thousands.”

Other methods exist to skew the male/female ratio of newborn animals. Scientists can sort sperm by the weight of the sex chromosome, or cause embryos of one sex to die before birth. In a study published 2 years ago, researchers using the gene editor CRISPR managed to produce altered mice in which four of five litters were all female.

In the current work, that efficiency jumps to 100%, a critical difference as no “wrong” sex offspring are produced. The authors also target a gene that is conserved in many animals, so the technique may prove useful for more than just mice. “The approach seems generalizable to other animal species,” including birds and fish, says Michael Wiles, a molecular geneticist at the Jackson Laboratory who was not involved with the study. It could even help with the recovery of endangered species, Wiles says, depending on which sex was in short supply.

Skewed sex ratios are rampant among lab animals. Scientists engineering new lines of genetically modified mice prefer males, which can father new litters every few days, whereas females require 6 to 8 weeks to produce one. Studies of reproductive tissues need only males or females, and certain hormone and cancer studies also require just one sex. “Developing ways to have same-sex litters is of utmost importance,” Qimron says.

In the new study, Turner and Crick molecular geneticist Charlotte Douglas worked with Peter Ellis from the University of Kent to harness the gene editor CRISPR to produce either all-female or all-male litters of mice. CRISPR consists of two parts: the enzymatic complex that physically disrupts a target gene in the genome, and a “guide RNA,” which recognizes the target gene and guides the complex to the right spot.

To kill embryos of only one sex, the team separated the CRISPR complex, putting the gene for the enzyme C half in one parent and the gene for the guide RNA half in the other. But first they had to find a molecular target that would effectively eliminate embryos. It had to be “expressed at a high enough level and at the right time during development to ensure 100% elimination,” Turner says. The team picked a gene called Topoisomerase 1 (TOP 1), which is key for cell division; disabling it should lead to the quick demise of a very early embryo.

Douglas put the gene for the guide RNA targeting TOP 1 into the female mouse genome and attached the DNA encoding CRISPR’s cutting complex to the male’s Y chromosome. The enzyme and guide RNA were reunited only when sperm with the Y chromosome fertilized the female’s eggs, creating the X/Y combination that defines a male.

When the developing male embryo was only a few dozen cells, the effects of gene editing kicked in, killing that embryo before it got a chance to implant in the mother’s womb. And indeed, no male pups were born, the team reports today in Nature Communications. The reverse was true when the CRISPR complex was attached to the male’s X chromosome; here, all the female embryos failed to implant.

The modification also made things easier on the mouse mothers. When embryos of the wrong sex die before implantation, the mother has fewer embryos to sustain, making it more likely that the “right” embryos will thrive. Perhaps that’s why the disappearance of the undesirable embryos resulted in larger than expected litters of the desired sex. (The litters should have been half the usual size, but they were just 30% to 40% smaller.) TOP 1 is present in many animals, so the approach should work in other species, the team says.

That could alleviate some ethical dilemmas, some researchers say. “The choice is made before the animal is born,” says Tak Mak, a geneticist at the Princess Margaret Cancer Centre in Toronto. For his breast cancer studies, he uses only female mice and so has had to sacrifice all males that are born. This new technology “will eliminate this unpleasant and inefficient reality,” he says.

Although Wiles expects same-sex litter production may become routine in labs, he’s not optimistic about agriculture. “Sadly, its ‘dead in the water’ for food production while the world fears GMOs [genetically modified organisms].”

Sue Leary, president of the Alternative Research and Development foundation, a nonprofit organization seeking alternatives to animals in research, says she doesn’t see much advantage in the approach. “You can’t solve an ethical problem with another ethical problem, which is genetic engineering,” she says. The method is “not pragmatic,” for culling farm animals, she argues, and researchers can adopt alternatives to using mice.

Few seem concerned that the approach will be tried in humans anytime soon. For one, it works best with species that have big litters and short gestations, Quimon points out. (Mice give birth to a dozen pups 3 weeks after mating). For another, the approach requires genetic modifications that are not feasible in humans.

The team is making the mice capable of producing these litters freely available to academic scientists. Researchers including Qimron and Tel Aviv University immunologist Mordechay Gerlic say they’re looking forward to the next steps. Gerlic’s lab is the one that managed to produce litters of at least 80% females with CRISPR a couple years ago. “I was very happy to see that they used a similar approach, and they also target the same region [in the Y chromosome],” Gerlic says. “In the future, it will be important to define other regions in the Y chromosome,” especially when trying to expand the approach to other animals.