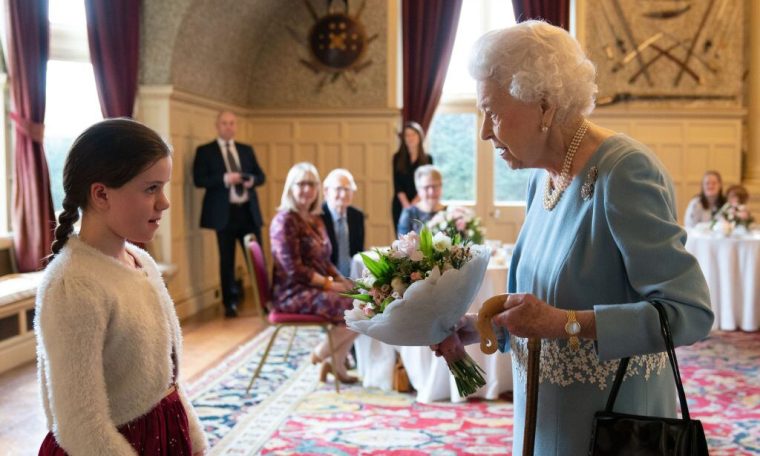 As the United Kingdom marked the 70th anniversary of Queen Elizabeth’s reign on Sunday, Canada’s prime minister acknowledged the historic milestone by praising her as a “steadfast leader” and champion of “cherished values.”

“Over the course of her reign, Her Majesty has been a constant presence in the life of Canadians, offering steadfast leadership in times of change, hardship or uncertainty,” Prime Minister Justin Trudeau said in a statement released Sunday for the Platinum Jubilee.

“She has shared in some of the proudest and most memorable moments in our recent history — from the celebration of the 100th anniversary of Confederation in 1967, to the Montreal Olympics of 1976, to the proclamation of the Constitution Act in 1982.

“Her Majesty is the patron of more than 600 charities and organizations, including 36 in Canada. To this day, she continues to show our country her devotion and generosity, and to champion our most cherished values of unity, peace and freedom.”

Canada Post said it is celebrating the Queen as Britain’s long-serving monarch by issuing a new commemorative stamp.

It’s the Crown corporation’s first stamp to feature the profile of the Queen created by sculptor Arnold Machin and used by the Royal Mail since it was introduced in 1967.

Elizabeth II, now 95, ascended the throne on Feb. 6, 1952 — the day her father, King George VI , who had lung cancer, died at his country residence, Sandringham Estate — although the coronation in London was held 16 months later.

“During her reign, Her Majesty has demonstrated dedication, resilience and a strong sense of duty, ” Quebec’s lieutenant governor, J. Michel Doyon, said in a statement.

“I commend this woman for her many sacrifices and her selflessness.”

Political science professor Andrew Heard of Simon Fraser University in Burnaby, B.C., said he believes the Queen has a genuine affection for Canada.

“She has visibly enjoyed her visits over here,” he said. “That’s helped Canadians feel that they are unique, special, important and people worth knowing.”

On her arrival during her last visit in 2010, the Queen told a crowd in Halifax: “It is very good to be home.”

In remarks delivered in time for Sunday morning’s front pages, the Queen expressed a “sincere wish” that Prince Charles’s wife, Camilla, should be known as Queen Consort when her son succeeds her as expected.

With those words, the monarch sought to answer once and for all questions about the status of Camilla, who was initially shunned by fans of the late Princess Diana, Charles’s first wife.

Charles, 73, led tributes to his mother on the anniversary of her accession to the throne on Sunday, saying it was an opportunity for the country to unite and celebrate her service to the nation.

He also thanked the Queen for her statement that she hoped Camilla, 74, would become Queen Consort when he becomes king.

“We are deeply conscious of the honour represented by my mother’s wish,” he said in a statement. “As we have sought together to serve and support Her Majesty and the people of our communities, my darling wife has been my own steadfast support throughout.”

On the eve of the Jubilee, the Queen greeted guests at a reception for members of the local community and volunteer groups at Sandringham House, her private country residence, about 160 kilometres north of London.

The weekend’s low-key events were a prelude to more pomp and ceremony to mark the Jubilee in early June. The British government has added an extra public holiday to the usual spring day off to make for a four-day weekend, from June 2 to June 5.

The festivities will include a military parade, neighbourhood parties and a competition to create a new dessert.